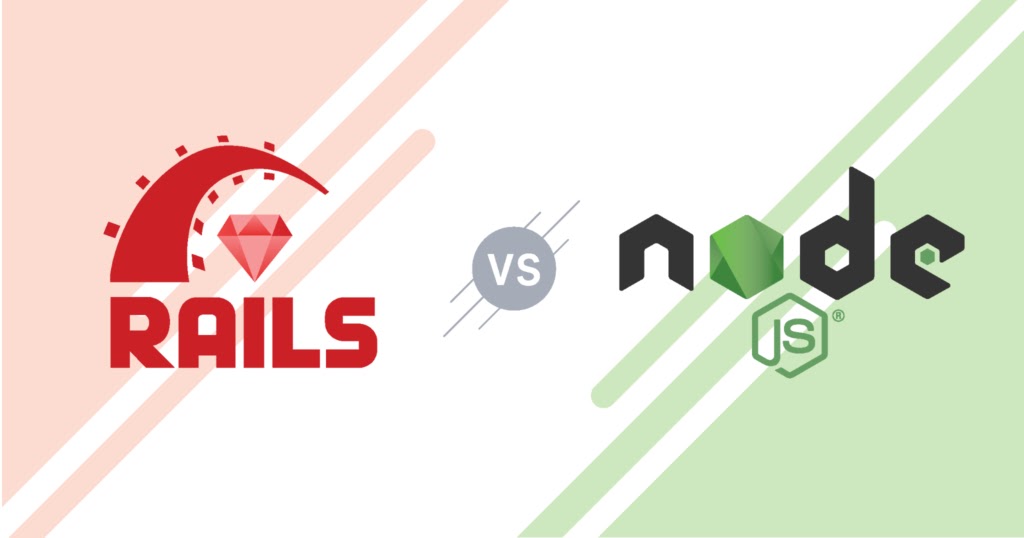 It is a server-side web application framework and open-source software written in Ruby under MIT license. It is pretty appealing and comes with loaded features such as:

Pros/Advantages of Ruby on Rails

Cons of Ruby on Rails

Node.js is the most popular programming language used as a client-side development tool. Node.js was introduced to make JavaScript a full-stack development language and is an open-source runtime environment based on Chrome V8. Node.js allows programs written on JavaScript to be executed on the server. Node is part of

There are many popular frameworks for Node, such as Sails, Express, Meteor. Giant companies such as Netflix, Uber, eBay use Node.js as their programming language.

Node.js uses a non-blocking input-output model for processing requests, so the nature is single-threaded but when there is a heavy computation request, Node.js sets blocks on another request, causing the overall delay. Recent updates come with support for multi-threading, which is an experimental feature.

Comparison Between Node.js vs. Ruby

Node.js is an application runtime environment, whereas Ruby on Rails is a framework.

In some cases, Node.js is better, and in some cases, Ruby on Rails is better, but in the end, the decision is to be taken by the developers as they have different requirements depending upon the projects. The more developers are experienced, the better decision they can make in choosing a language. JavaScript is an old but widely used language; hence have greater exposure.

Ruby on Rails is comparatively new, and the scope is limited for now, but it is best with the application of the Relational database. Node.js provides speed and scalability; therefore, they are growing at a rapid rate. Node.js is far better in many aspects when it comes to real-time web applications.

About Author:- Harikrishna Kundariya, a marketer, developer, IoT, ChatBot & Blockchain savvy, designer, co-founder, Director of eSparkBiz  Technologies. His 8+ experience enables him to provide digital solutions to new start-ups based on IoT and ChatBot.