All the gender swap apps listed below are tried and tested by our team and they have written their own views of pros and cons about each and every application. The list of gender swap apps gets regular updates.

There are plenty of apps available out there that allow you to swap genders in your photos. Each application has their own unique feature, but these gender swapping apps work very fine. You must try the below gender swap apps for Android and iOS.

What is a Gender Swap App

As the name suggests, a gender swap app is that changes the gender of your photo. The trend of social media and filter apps is on the boom. Because of the Snapchat filter trends, there are many gender swap apps available on the Google Play Store and on App Store. Gender swap apps will change your male photo into a female photo and vice versa.

FaceApp is a popular gender swap app, and it is also used as a funny face app by the users. Basically, it is similar to a photo editing application that allows you to apply many interesting effects. When you upload a photo to the FaceApp application, it automatically converts your photo into different age groups.

You can see how you will look in the future or in the olden days of your life. Personally, I converted many of my personal photos with this app. The results were very realistic, this app works very fine, and your photos don’t look artificial or unnatural.

There are plenty of different filters you can use on your photo face. With the help of this gender swap app, you can change your face for the opposite gender. The app is available for both the platforms Android and iOS.

Instagram was the first platform who introduced the concept of face filters, and the idea went viral. Nowadays, we find filter options on almost all social media platforms. It offers you dozens of face masks to gender swap.

Snapchat is another popular social media network, it offers hundreds of face filters you can use to turn your photo into a female or girl. It is one of the favorite social media apps of girls because of its girl- friendly features. Girls can utilize this app a lot more than male users.

TikTok is another popular short video platform which has been in trend for almost 2 years. But in India recently the Indian government took some steps and banned some Chinese origin applications. TikTok was one of them banned in India.

TikTok also offers different face filter masks to the users. You can also find the masks to gender swap, which are so popular these days. The main downside of the TikTok app is that it can only give you a more masculine look and not do the opposite.

You can do lots of other things on this social media and short video platform. It is popular among teenagers and children’s as well because of its popularity. Shot videos are best to do marketing of your brand on the cheap.

Face changer photo booth is another best gender swap app. You can create funny pictures on your smartphone. If you want to swap faces, then you can do it within seconds. Swap your face with a female face, animal face and many more other face filters you can apply.

It is an interesting face swap app for Android. iOS’s users will get it as soon as we see the notification on their official website. You can also twist the gender in the pictures.

It is one of the most entertaining AI face editing apps with all the trending face filters and effects. You will find the effects such as cartoon, background eraser, Gender swap, aiging booth, art filters, sketch, baby and more.

Face story is a very versatile and entertaining gender swap app. This AI face and photo editor app comes with lots of editing tools. It is the best gender swap app for iOS devices. You can turn yourself into a beautiful drawing, get older or younger, create loads of artistic effects such as sketches and many more.

If you are looking for a face swap and gender swap app which is compatible with both Android and iOS, then face swap booth app is just for you. You can edit every single detail of your face with this application and change your gender with this app. Remove wrinkles from the old looking faces.

You can mix different individual elements from different pictures. Swap your faces between more than 1 photo within a few seconds with advanced and automatic editing tools. The application works with face recognition technology. Because of this, the photo results look very natural. Adjust skin tones and do other changes on your photo face.

Gender swap apps are trending these days, people are sharing their interesting photos on different social media platforms. Want to see how you will look like had you been a member of the opposite gender? Then upload your photos to this face changer gender swap app, and it will show you the results. Make your photo looks good with its pro editing features and filters. You can also make a prank with your friends into believing you are dating someone. But in reality, it is just your gender swapped photo. The girl photo is just the female gender version of your own photo. Unfortunately, this application is available for Android users for the time being. Hope it will be available for iOS devices soon. You must try this gender face swap app.

Jiggy is basically a video generator app that takes a different approach when it comes to its gender swapping feature. The app automatically swaps the gender of a photo by its algorithmic calculations. The results of the photos after swapping the genders were pretty impressive.

You can swap your face with a female face very easily. Jiggy crops your head and puts it on the body of someone else. You can get the results in GIF form or a video form. It is another best gender swapping app for Android and iPhone. You must give it a try.

Cupace is basically a cut-and-paste photo editor app, and it can be used as a face swap and gender swap application. You can change your gender in photos and make collages, change the background of photos and many more.

The unique feature of this application is that you can swap genders of group photos. Yes, you hear it right. Change the photo gender of a group photo. But because of many faces in a group photo, the algorithm of the app gets sometimes confused, and we don’t get the perfect results.

6 Best Bodybuilding Apps for Android and iOS in 2020 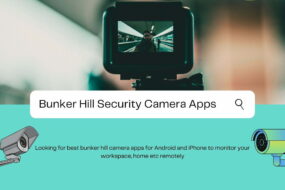