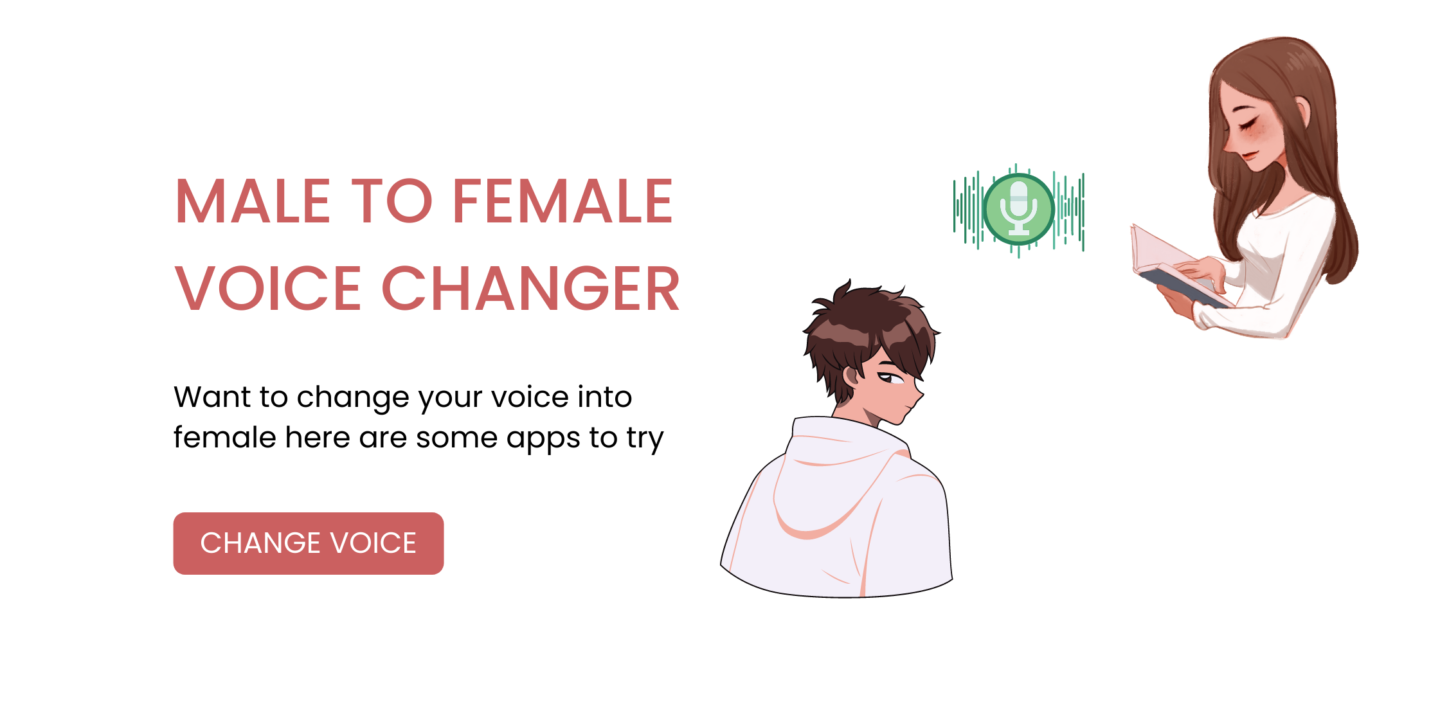 Want to change your voice? Many times we need to change our voice, for example, if you are running a YouTube channel where voice-over is needed. But you don’t have any female voice-over artists. What will you do in that case? The simple and cheap solution is to use a male to female voice changer app. It will also save you money as well as time and effort to search for a good female voice artist.

If you are searching for the best Android and iOS voice changer apps, then you have landed on the right page. Voice changing applications are always fun, especially when we make prank calls to our friends.

There are plenty of voice changer apps for Android and iPhone. But what are the best voice changer apps? Don’t worry; our team of experts created the list of the best male to female voice changer apps you can download from the Google Play Store and the App Store. The applications in the list are unique because the output produced by the apps doesn’t sound like an artificial or robotic voice type.

Using this app, your voice will be changed automatically into a female. So let’s check out those apps and their unique features. We will also discuss the features of these girl voice changer apps.

Voice FX is one of the popular girl voice changer apps for Android. It gives you lots of options and features to make changes to your voice output. It is more than a male-to-female voice changer app; there are many unique features you will not get anywhere. You can convert your voice into a robot or animal also. Yes, you hear it right, you can change your voice into the fictional cartoon voice of your favourite characters. You can efficiently film a video with added effects or develop a mini-game where you need different voices for the game characters. Once there was a time when the trend of converting famous music into chipmunk voices was at its peak. But with the Voice FX app, you can convert your favourite songs into chipmunk songs quickly with a few clicks.

Autotune is the unique feature this application offers, and it is a feature that every singer uses to make their voices perfectly tuned. You can record your music or have some fun by using different voice effects when you are bored. The interface of the app is so attractive and easy to use. So if you are looking for the best girl voice changer, then this application is for you. Many people looking to build their career in singing or background music artists must use this app to autotune their voices for better singing performances.

Voice Changer is one of the famous males to female voice changer apps. The app has more than 10 million downloads on the Google Play Store. We recommend this app highly because it works very fine, and it is the oldest voice changer app for Android in the market with its excellent voice processing accuracy. The result of the voice output was really impressive. The sleek design of this voice changer app makes it very easy to use for all.

There is a lot to do from changing the male voice to the female voice; you can check more than 50 options. You can also share your voice creations with your friends and family via Bluetooth or social media.

Open the app and dial any number. You can also convert your voice into a cartoon, animal, female or girl. It is the best call voice changer app for Android.

Super Voice Editor is a fun application for those searching for a voice changer app, male to female. You can record the audio and edit it and can use it in real time. Sounds interesting, right? The Super-Voice Editor lets you add different effects to your voice while you are on a phone call. This means it also works as a call voice changer app. You can try different effects on your voice during the call like traffic, birthday etc. Wonder woman or dexter sounds can be chosen from the app’s sound library. Super voice editor is the best voice-changing app for kids, mainly because they find all the sounds a kid wants. This app was developed by Soul Apps studio, and it is effortless for you now to sound like your dream faces on big or small screens. You can try the sounds of Bollywood stars and your favourite serial stars. The app also comes with 2 other features, which are an MP3 cutter and a Ringtone maker. This girl voice changer app is interesting. It would be best if you gave it a try.

Voice changer with effects is another popular girl voice changer which is a convenient app; that’s why we are recommending it to try. The downloads of this girl voice changer app are more than 50 million on the Google Play Store. So, you can imagine the popularity of this male-to-female voice changer app. You can import your audio clip to this app and customize and convert it into a new voice you like. There are different voice effects you can use in your audio. There are more than 40 options to choose from, such as – Helium, Zombie, Chipmunk, Alien etc. If you want to change your ringtone with a few lines of a song, then you can edit the audio clip with this app and set your new ringtone. This app also works as a ringtone maker app.

If you want a girl voice changer, then you won’t face any problems. You can use this application as a voice changer app during a call with someone. You can prank your friends, family, or loved ones using this app’s girl voice-changing feature. Our overall experience was average with this application. There are plenty of prank-call apps out there in the market if you don’t want to use this app.

There are many girl voice changer apps available on the internet and dedicated stores for Android and iOS. But which one to choose? Because not all voice-changing apps work very well. Don’t worry, the Voice Changer – Audio Effects is another highly recommended voice changer application for Android users.

Convert your male voice into a female voice instantly. You can convert your voice into a girl as well as you can also modify it. This app also works as a call voice changer app, which means you can use this app while talking to your friends on phone calls. The Voice Changer – Audio Effects also offers you a lot of other features. You can try different voice effects such as – robotic, and animals. These voices can be used as an alternative to female voices if you are bored. You can try different voices and convert them.